I've been to two protests since I last wrote. A few days before December 19, I made a last-minute decision to take Felix to Salem to attend Oregon's Electoral College rally. Since Oregon went to Clinton, I just wanted to be there to show solidarity with the rallies happening in other states. 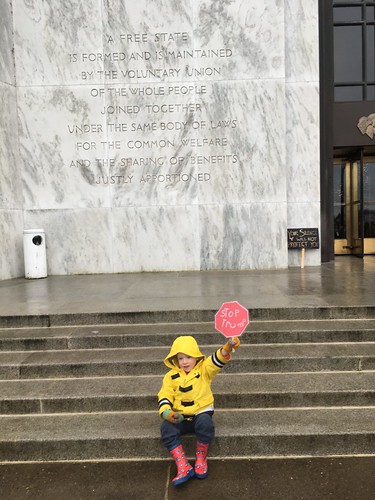 Felix and I took the train down the night before and took a snowy hike from the Salem train station to our hotel. It was dark and cold and slippery, but he did great getting there. The next morning, we took the bus downtown and walked to the capitol building, where there were around a hundred people gathered. Felix had fun playing in the lingering snow piles, and we were able to duck inside to warm up and use the bathroom. There was a cool model train set up under the Christmas tree in the atrium, but sadly it was out of order. Felix really wanted to see it go. 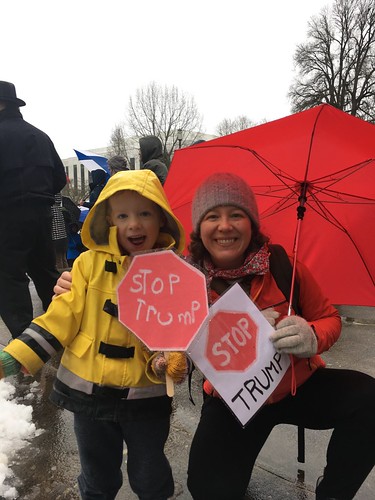 Felix helped make his sign, and he joined in a few chants of his own volition. After the rally, we had a good lunch at the Sassy Onion, and then we walked to the train station, where Felix used my spare quarters to buy Mike and Ikes from a candy machine in front of the Greyhound ticket window. It doesn't sound like a very fun trip for a four-year-old, but he loved it, and he keeps asking me to take him back to Salem.

My second protest was this weekend, at the Womens' March in Portland. I wasn't sure if I'd go, worrying about violence and thinking that plenty of other people were going, so I didn't need to. But then on the morning of the march, I saw all of the inspiring pictures from the marches on the East Coast and around the world, and I wanted to be a part of it.

I rode my bike to the Hawthorne Bridge and then parked it and walked across. I was amazed by how many other people were there (approx. 100,000, it turns out!). The sidewalks on the Hawthorne Bridge were packed full of people, and a steady stream of people continued for the next hour while we waited in Waterfront Park. The Morrison and Burnside Bridges also had a steady flow of pedestrians, though not as packed as the Hawthorne. I tried to capture it in my picture below, but it's hard to see. 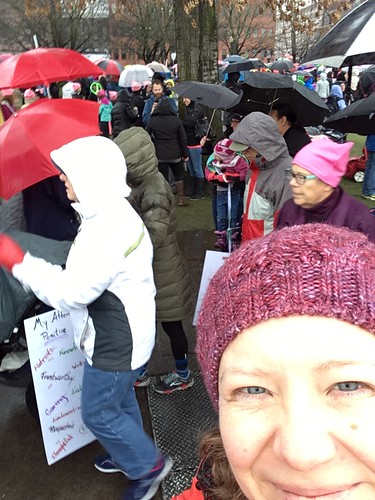 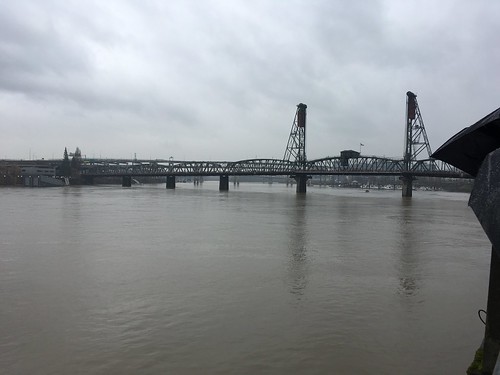 It was cold and rainy, but everybody that I encountered was in good spirits. It turned out to be a peaceful march, and no arrests were made (phew!). I didn't get any good pictures, but there are plenty out there (this one is my favorite--so many colorful umbrellas!).

People started chants occasionally, but we mostly walked quietly. In terms of emotional impact, the Not Up for Grabs march that I participated in right after the election had a greater impact on me, but the sheer size of the Women's March was amazing, and I was glad to be a part of it.

I'm loving all of the pictures from the marches that happened around the world. It makes me feel less alone and afraid. We can make a difference!