The World Turned Upside Down

It has been over a month since the election, and I haven't felt inspired to post here. I still don't, particularly, but it seems worthwhile to capture my present feelings. As you may have guessed, based on the fact that I live in Portland (and don't own a car and majored in chemistry, and the list goes on), I voted for Hillary Clinton, and I was shocked and dismayed when Trump won. (I still can't quite believe it) I wasn't super invested in Hillary, but I thought she'd do a fine job, and I was excited to have our first female president.

Election day was sunny and beautiful, and I took the boys out for ice cream, and the world was full of promise (this poem captures it well). And then the next morning, we had to break the news to them, and Arlo burst into tears (we hadn't been talking to them much about the election beforehand, but he'd picked up enough from conversations with his classmates to know that Trump being president was not a good thing).

In those first few days after the election, I started following a lot of new people on Twitter, which made me feel both informed and terrified. (I'm still not sure if my increased time spent on Twitter is a good choice, in terms of my mental well being) I found this blog post comforting, especially since it listed concrete things I could do to make things better.

We set up reoccurring donations to a handful of organizations that seemed particularly important (ACLU, Planned Parenthood, PFLAG, Southern Poverty Law Center). I signed petitions, sent postcards, subscribed to the New York Times, and called our (excellent) representatives (yay, Oregon!). The boys and I wrote thank-you cards to Hillary and the Obamas (please don't go!). 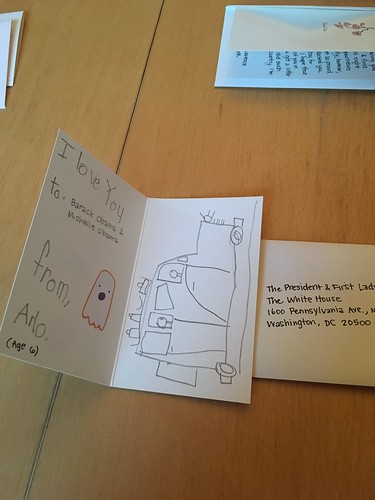 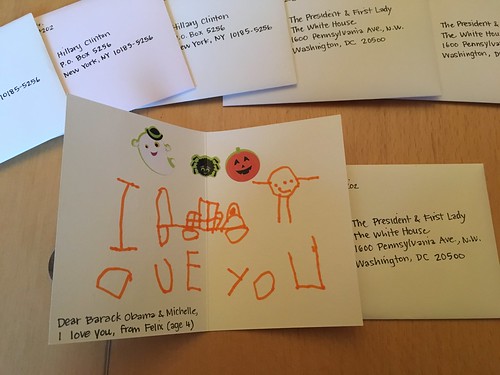 I started volunteering with Urban Gleaners, a local nonprofit that takes surplus food from restaurants and stores that would otherwise be thrown away and distributes it to schoolkids in need. I was lucky to find two available pickup routes that were in my neighborhood and involved a volume of food that would fit on my cargo bike. So now, every week, I pedal day-old pastries from a local coffee shop and frozen quarts of soup from our favorite bike-based soup company to the Urban Gleaners warehouse, and kids get fed. Yay, volunteering! Patrick and the boys have been involved with Friends of Trees for many years now, and it feels good to do my part to improve our community too.

I went to a (peaceful!) women's protest in downtown Portland. It was my first time marching, and it was a powerful emotional experience, more than I'd expected. I broke down crying a few times at the feeling of strength and support from those around me. I'm glad I went. (The first photo below is by Kathryn Kendall, used with permission) 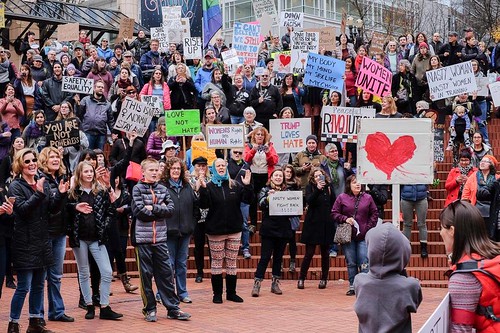 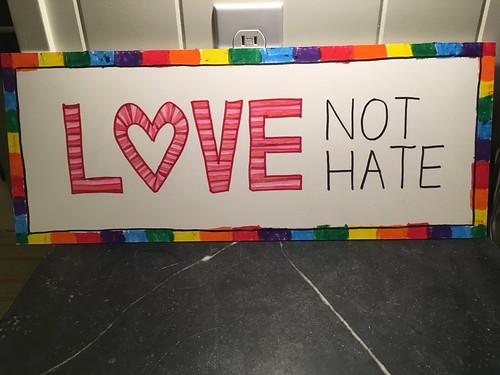 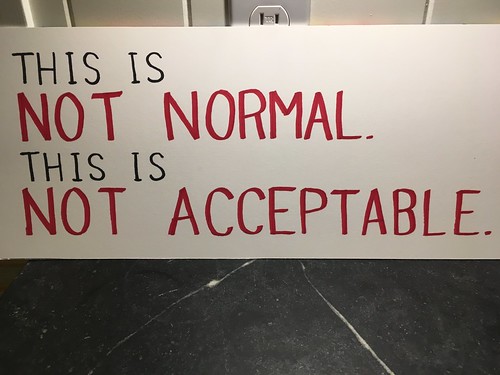 Felix was inspired by my sign-making, and made one of his own, with occasional spelling help from me: "DT is a bad guy! Arrest him immediately" (in his 4-year-old view of the world, all bad guys go to jail). He has just learned how to read and write in the past few months, and he was excited to put his new skills to good use! 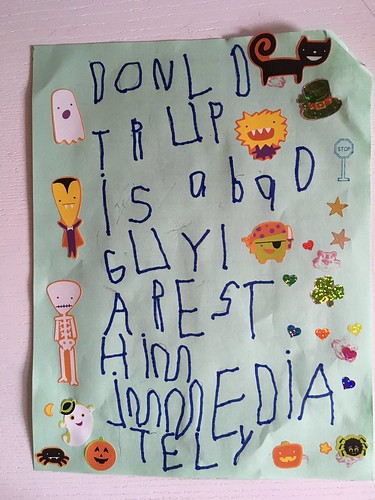 And then, because I like making signs, I repurposed our James Ofsink yard sign to add a little inspiration and kindness to our parking strip, and then I made a mini version of the sign for my bike (I figure this is a noncontroversial enough sign that it won't inspire road rage in any Trump supporters I cross paths with on the road. I hope?). The yard signs are fabric paint on quilting cotton (hopefully they'll stand up to our winter rains), and the bike sign is paint on paper, laminated. 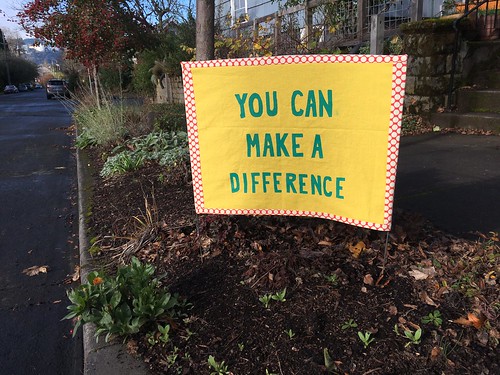 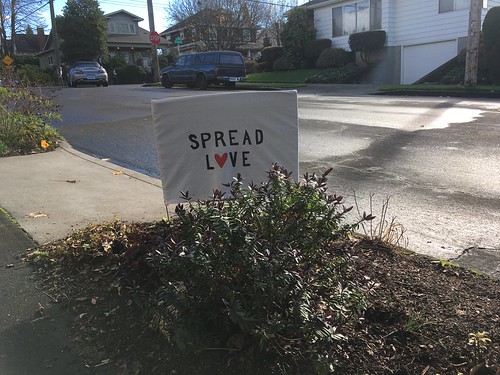 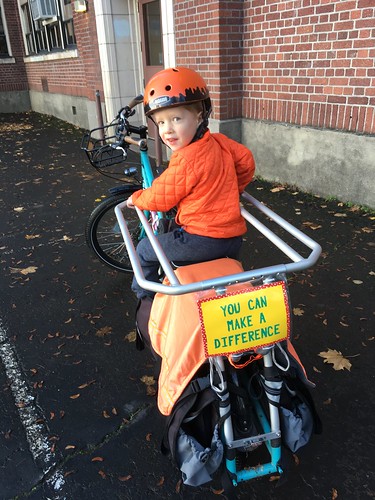 Patrick and I made cookies for a bake sale to raise funds for the ACLU. We got passports for our kids. I knit two pairs of warm mittens for homeless and low-income kids in Portland, and I knit a bright pink hat for a marcher to wear on Jan. 21 in Washington, D.C. 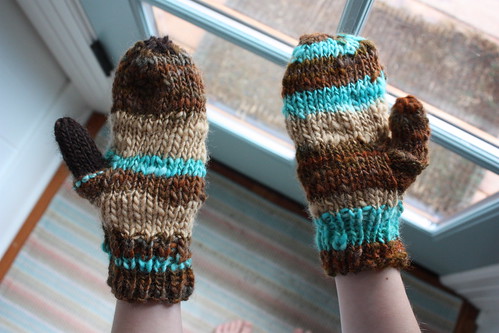 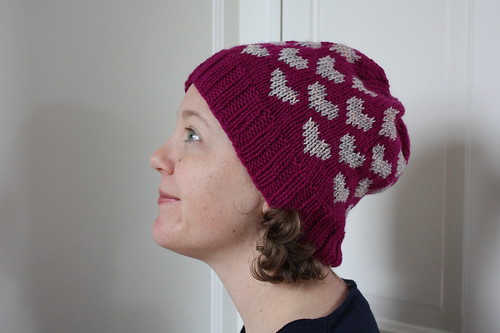 So that's where I'm at, trying to make a difference, feeling afraid of what comes next. This quote from Sarah Kendzior's latest article sums up my feelings well:

"It feels less like the aftermath of an election than a fundamental shift in our reality – a feeling like the ground is breaking beneath our feet and swallowing us up. It feels like Americans live permanently on the precipice – perhaps of foreign war, or of civil war, or of the loss of our sovereignty. That we do not know just what we live on the precipice of is the most unnerving thing of all. Every day feels like a countdown to the end to a way of life we may be leaving behind, the giving way of our dead dreams to an unprecedented nightmare."

P.S. Here are some other things that happened before the world turned upside down (listening to Hamilton a lot these days):

I knit new hats (with pompoms, of course) for me and Felix. 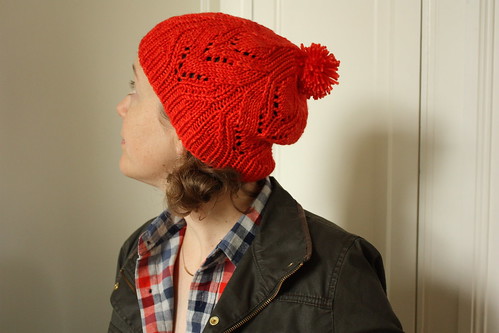 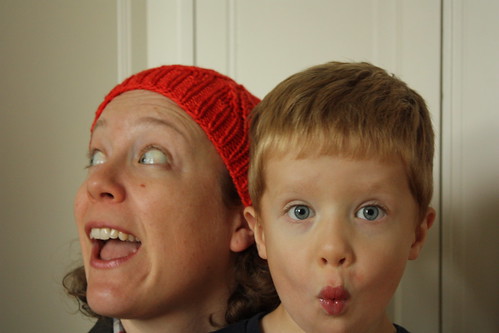 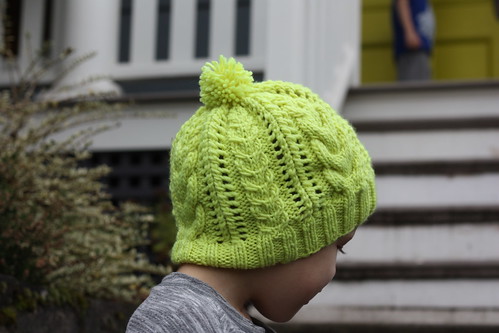 Arlo lost his first tooth and hosted his first sleepover (the boys' behavior was not great during the sleepover, but at least we had cinnamon rolls for breakfast!). 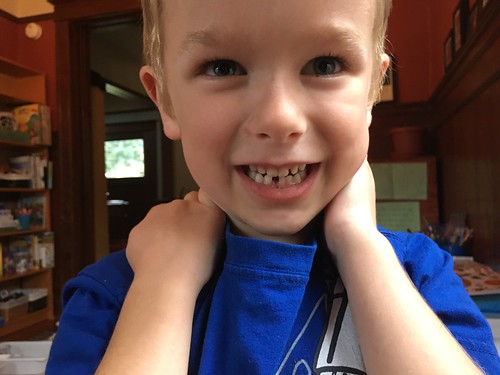 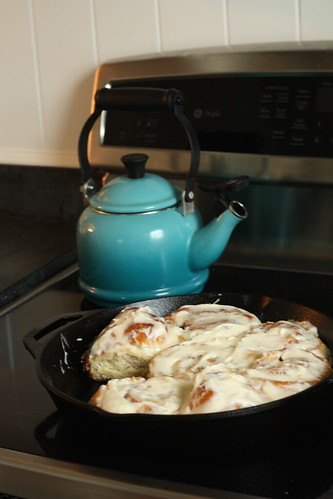 We all wore yellow for Halloween (I was a bee, Felix was a lion, and Arlo was Pickles the Fire Cat). 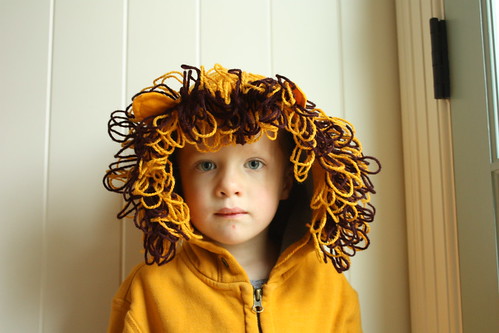 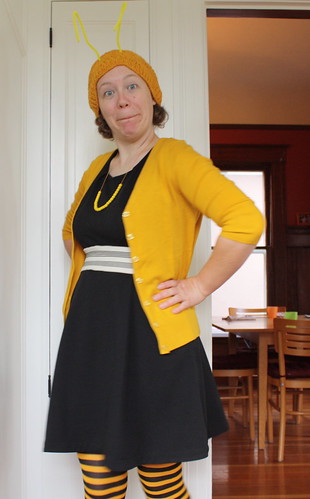 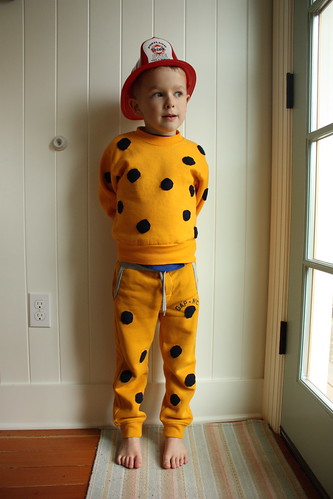 P.P.S. You can make a difference too! Spread kindness, donate to a good cause, volunteer your time--whatever works for you. 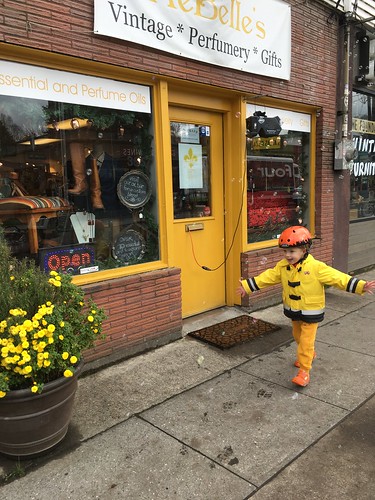