Springtime! The sun has been out, the weather has been warm, and I've been spending lots of time in the garden. We got a yard of mulch delivered a week ago, and the boys had an excellent time transporting it (very slowly) in their dump trucks. And now the yard looks so nice and fresh. 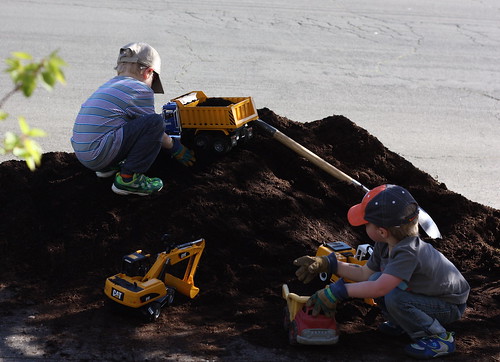 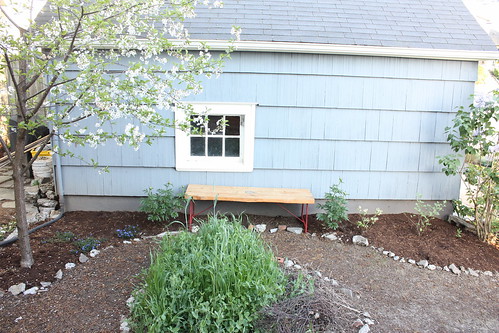 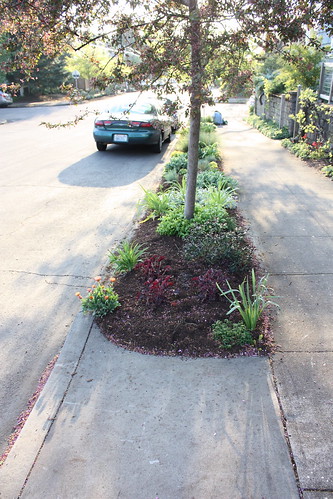 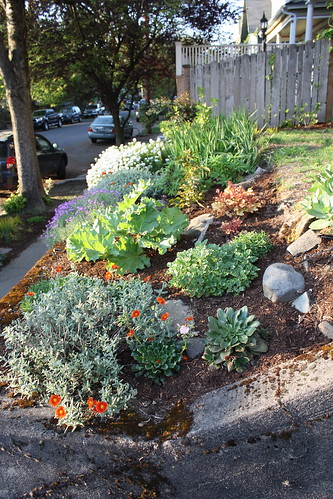 Here are some favorites from my walk around the garden this afternoon. 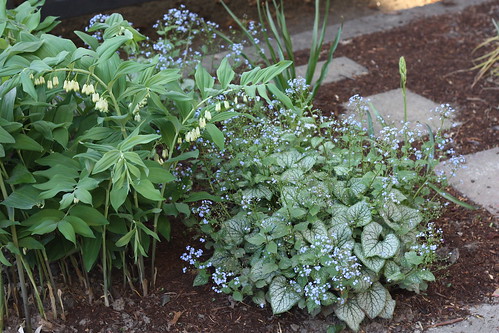 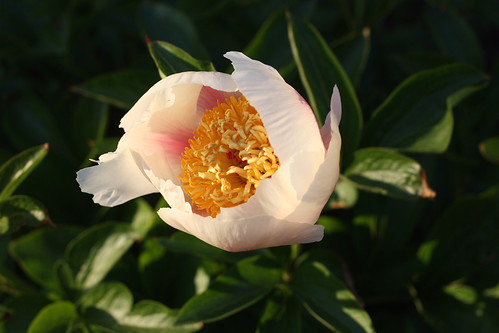 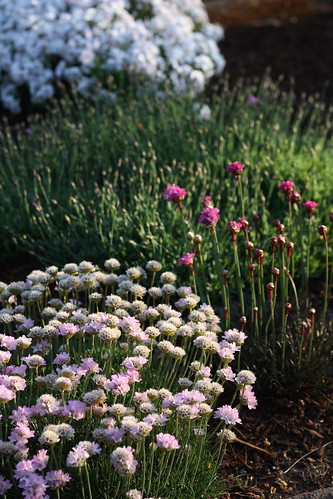 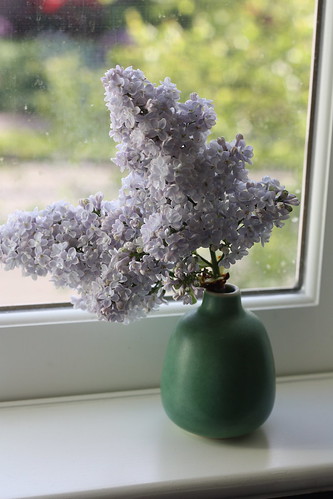 I recently finished buying some new clothes for spring and summer, following my approach from last fall. You can see a sampling of what I bought below. I tried to stick with the colors in the poppy print by Kelli Murray - coral, persimmon, ochre, and blue-gray, plus stripes. Almost everything is from J. Crew (regular site and Factory), Madewell, and LOFT. Given all the time in the world, I'd rather shop locally, but my kid-free time is pretty scarce, and taking a three-year-old clothing shopping would be hellish (the kid can't even handle waiting in line for an ice cream cone!). Hopefully in a few years I can do a better job of supporting our local economy. 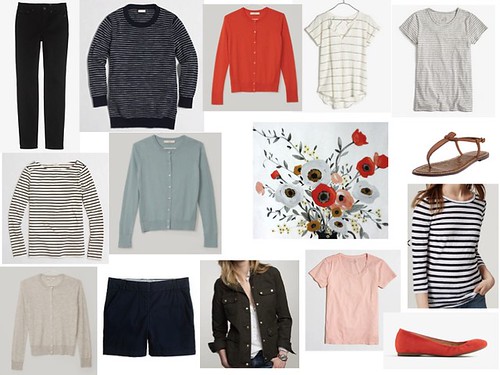 I started the MuTu program back in January, hoping to close my diastasis recti and get my midsection looking like it did pre-babies (I never got back to the Tupler technique/Tummy Team program after having Felix. The splint-wearing just put me off too much). I'm 11 weeks into the 12-week program, and my core is feeling stronger, my leg and arm muscles are more defined, and I think I've lost weight (I'm waiting to weigh myself until I reach the 12-week mark). However, my tummy doesn't look much different than it did when I started. I'm guessing it's because of my lousy alignment when I'm not doing my exercises. Slouching on the couch for hours at a time can't be good, but there's only so much I'm willing to change my lifestyle to make my tummy (which nobody except my family will see anyway) look nicer. Despite the lack of progress in the tummy region, I'm planning on continuing to follow the program after the 12-week end point, since I'm feeling strong and healthy. Maybe in a year I'll have "after" pictures that look different enough from the "before" pictures that I'll share them here.

The main diet change I've made in association with MuTu is drinking green smoothies for breakfast every morning. I like them, and sometimes Felix will even drink a smoothie sample (Arlo won't touch the stuff though--pshaw, five year olds). I haven't noticed the burst of energy and glowing skin that green smoothie bloggers promise, but I feel good knowing that I'm fitting more fruits and vegetables into my diet.

Arlo started Little League a few weeks ago--his first organized sport. Patrick's side of the family is big into sports, but the boys haven't been too interested in sports so far. When Arlo was first signed up for baseball, he kept referring to it as soccer and basketball. Now that he's started playing, I think he understands which sport it is. Patrick is one of the assistant coaches on the team. They look cute in their matching hats. 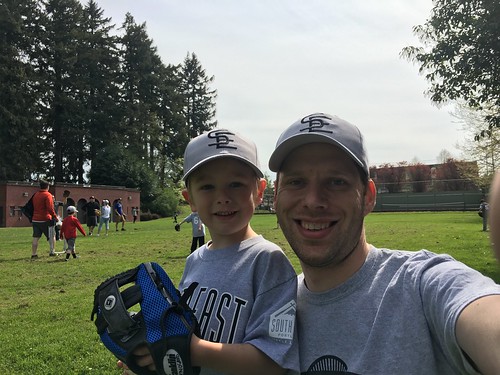 Here are the boys "pretending to be college students" in their baseball hats (Arlo has strong ideas about what college students do. He thinks they all skateboard and say "dude" too). 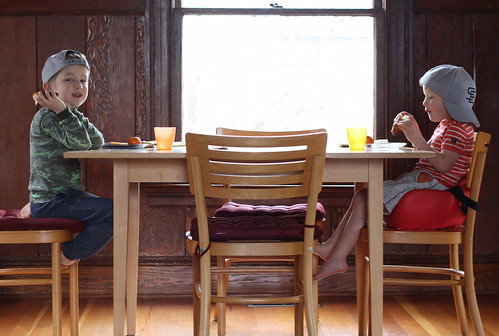 I feel like Arlo has become less complainy and more even keeled in the past few months, but Felix has taken over Arlo's negative language habits, unfortunately. There's lots of whining and screaming in our house these days (mostly from Felix). It's hard to stay calm and patient, but luckily Felix is super cute when he's not being irrational and shouty and threatening to kill us (sigh). Also, he still takes an afternoon nap, thank goodness. 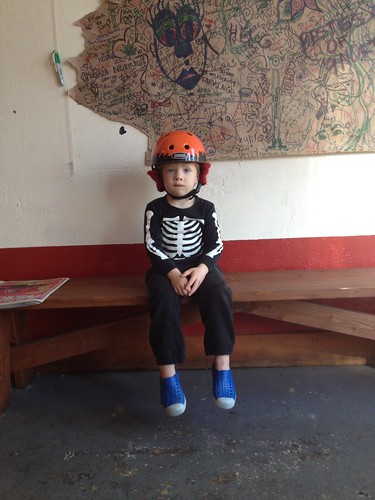 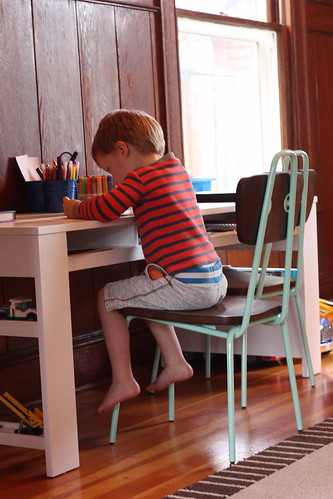 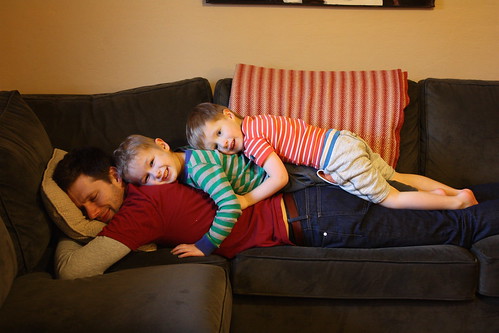 Spring Break was a few weeks ago, and I took Arlo on a train trip to Tacoma. Not a common Spring Break destination, but it was a great place to take a vehicle-loving kid, as they have an awesome car museum. We stayed at a hotel (the Best Western) near the train station, and the walk to the hotel was kind of dicey (not a pedestrian-friendly area; lots of big semi-trucks rumbling by), but the rest of the trip was good. Tacoma has a free light rail that took us everywhere we wanted to go. The car museum was the highlight of the trip, especially the muscle car exhibit. We spent a lot of time in the gift shop and then ate lunch at the cafe overlooking the cars. Arlo gave it two thumbs up! 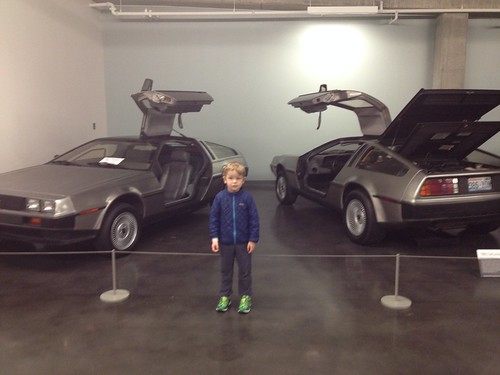 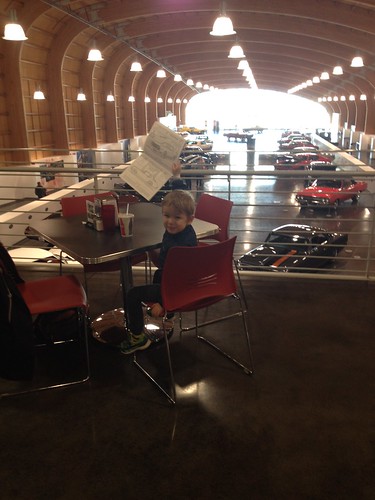 We spent two nights in Tacoma, and luckily Arlo was happy sitting in the hotel watching the Food Network (he's a Guy Fieri fan now), because I ran out of kid-friendly things to do after the first day. After a morning at the car museum, we went to Learning Sprout Toys, the Children's Museum, Tinkertopia, the Lego studio at Freighthouse Square, and Tacoma Book Center. I couldn't convince Arlo to check out the Glass Museum. The toy store and car museum were the biggest hits; the others were a fine way to spend a little time, but they didn't hold his attention for very long. He also liked getting a cupcake at Hello, Cupcake, and we enjoyed breakfast at the Renaissance Cafe (he really wanted to get breakfast at our hotel two mornings in a row because they had make-your-own waffles, but I managed to convince him that breakfast at a real restaurant would be way better). 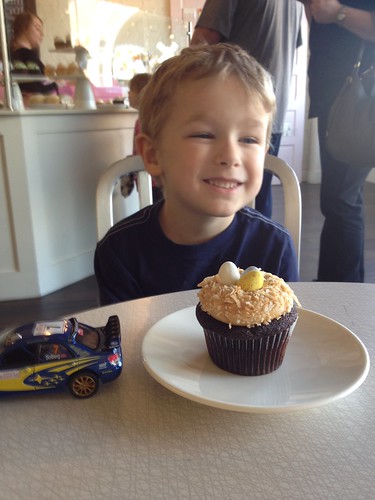 I was happy to find a kid-friendly trip that we could take near Portland without having to rent a car--everything was accessible via train and public transit. I'm glad I didn't try to bring my bike--Tacoma was hilly!

Because of the lovely weather this week, Patrick took Arlo on an overnight bike camping trip to Oxbow Park a few days ago. Poor Felix hasn't gone camping in a while because he's only halfway done with potty training, and we're trying to use camping as an incentive to get him to poop in the potty. Us grown-ups are really ready to be done with potty training (we've been at it for over a year, and Felix is almost four years old), but Felix--not so much. I guess having a slow potty trainer the second time around is karmic retribution for having a first child who was regularly pooping in the potty by nine months old.

Hmm, there's no graceful way to transition from potty talk to food, but here you go--some favorite recipes from the past few months: 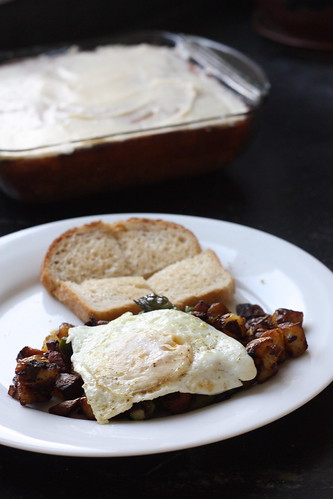