We've been up to our standard autumn activities over the past few months. In early October, we returned to Kiyokawa Orchards to do some apple picking. The boys were excited about sampling apples, but mostly they wanted to pull the wagons! 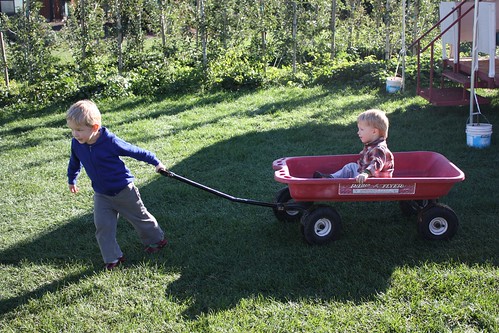 A few weeks later, we went to Lee Farms for apple cider donuts and pumpkins. Arlo went on his first pony ride, and the boys enjoyed the bounce house. And nobody was afraid of the tractors this year! 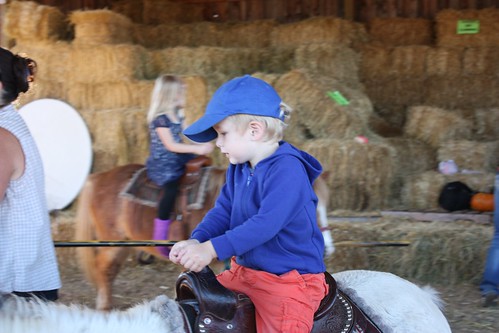 In mid-November, my dad was at Edgefield for BizarroCon, and we met up with him for dinner. He seems to have the inside track on good books for kids. His gift of The Book with No Pictures was a big hit with Arlo. 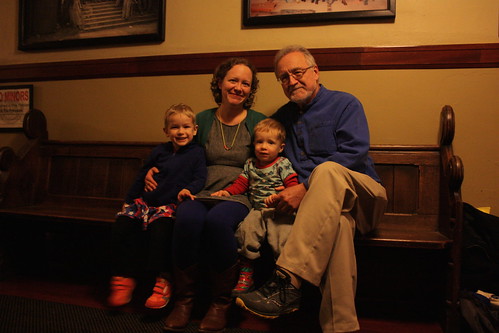 We had a quiet Thanksgiving at our house--the four of us plus Aunt Kate (Patrick's sister), who recently moved to Portland (yay!). This year, Arlo specifically requested turkey, but I was pretty sure he wouldn't actually eat it, so I just bought a little sliced deli turkey (which was what he wanted) and some precooked turkey breast with gravy. We also had soft rolls from Little T; cranberry sauce; buttermilk ranch mashed potatoes; stuffing with sausage, dried cherries, and pecans; roasted butternut squash with maple syrup; and my favorite kale salad. It was all good. The stuffing was topped with browned turkey wings, to make it taste more like it had baked inside a bird. It definitely tasted meaty, but I'm not sure that's what I want in a stuffing. Next year, I'd definitely omit the sausage, but the turkey wing trick might be worth revisiting. 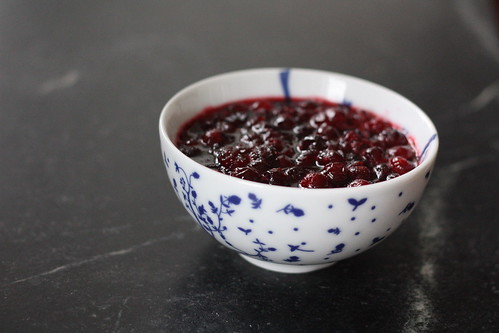 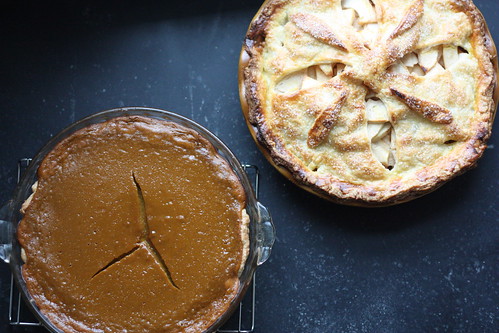 Both boys had half birthdays in November, so we celebrated halfway between their half birthdays by getting ice cream sundaes at Cloud City Ice Cream, the same place where Arlo had his first sundae a year and a half ago (top picture). I was happy that Felix got to have a sundae too, this time around. 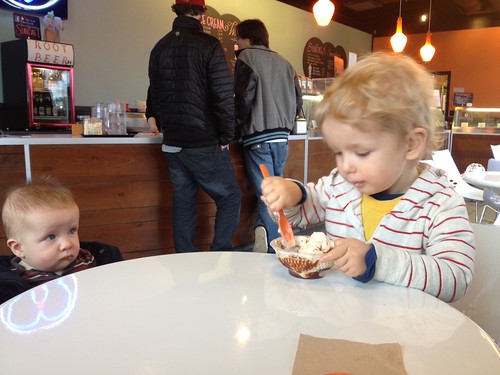 The boys have been playing together really well lately, with only occasional outbursts. It's so good to see. Most of the games consist of Arlo bossing Felix around, and most of the time Felix doesn't mind. He's a pretty easygoing guy.

Arlo is getting good at reading words, which is exciting. His writing is also improving, thanks to his three mornings a week in preschool. Although he seems to enjoy school, he still throws a fit almost every morning when it's time to go to school. I guess it's the transition from home to school that he doesn't like. It's really frustrating for all of us. School can't be that bad though, since Arlo recently told me matter-of-factly that he wishes that his favorite teacher, Miss Julia, were his mom. Ouch. Not too surprising, given his his behavior at the Mother's Day tea back in May. 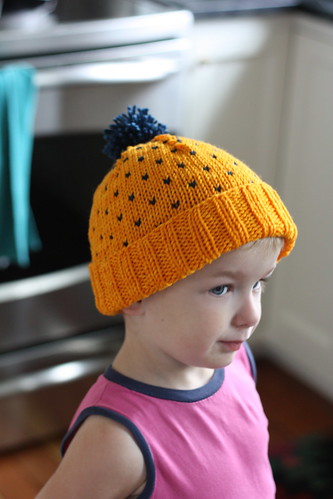 He has decided that his favorite color is bright orange, and all new articles of clothing purchased for him must be orange or dark blue. So far, he has the following items in bright orange: pants, shoes, puffy vest, and a nice new hat that I made at his request and that he hardly wears (of course). I feel the tide is changing though; last week he mentioned that he kind of likes red too.

Oh, hey--I figured out a trick for getting him to wear something other than tank tops in the winter. He's fine with wearing long-sleeved shirts as pajama tops at night, so I'll have him wear one of those to sleep in, and then we don't make him change out of it in the morning. He feels like he's getting away with something, wearing his pajamas during the day, and I'm happy because he's dressed somewhat appropriately for the weather. Yay! 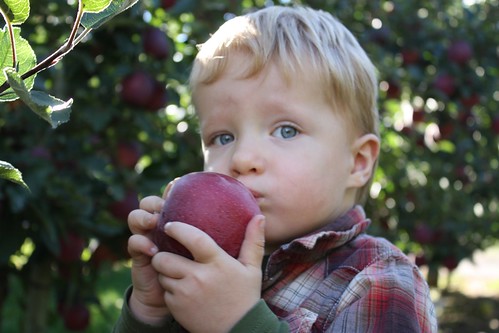 Felix has been talking so much lately, which is great! There was a week in November where he was stuttering a lot, but it seems to have gone away now. He continues to be full of hugs and smooches and friendly hellos for everybody. He certainly has moments of loud, angry frustration too, but he isn't throwing things as much as he used to. The terrible twos seem much more tolerable this time around. I don't know if it's because of personality differences, because we don't have a newborn baby to take care of, or because we know that it's just a stage that will pass.

In bike news, I've been getting better at riding our Edgerunner confidently with both boys on the back. Having Arlo sitting on the deck (with Hooptie) instead of in a Yepp seat has definitely reduced the wobbliness of having two kids on the back. Things still feel a little dicey every so often, like trying to put down the kickstand on a non-level surface without dumping the boys, but I'm gaining more confidence (and strength) the more I ride. We're actually considering selling our car and relying on bikes, public transit, and car sharing (like ZipCar) to get around. At the moment, we probably use our car once a month, if that, and it seems silly to have it sitting unused on the street so much of the time. It feels like a big jump to be car-free, but I think it makes sense for us, given where we live and our transportation needs.