Our kitchen is currently drywalled and primed. Next step is trim, doors and windows, and cabinets (which Steve and Carpenter Mike have been building in their shop for the past few weeks). The drywalling has made it feel closer to done, though somehow the schedule says it will be seven more weeks before we're done (I guess it takes a long time to paint custom cabinets).

And here's the adjacent powder room (which was only partially deconstructed):

It took longer than expected to get the HVAC guy scheduled, but he eventually showed up and finished his work quickly, and we've got a working dryer again, which is awesome!

This past weekend, we went on the annual Kidical Mass PDX family bike camping trip, to Stub Stewart State Park. Since cargo bikes aren't allowed on the MAX, Andy rented a moving truck, we all loaded up our bikes and rode the MAX out to Hillsboro and then biked the remaining 22 miles to the park. I hadn't trained at all, and it was exhausting, but we did it!

(We didn't take any pictures, but luckily Andy did) 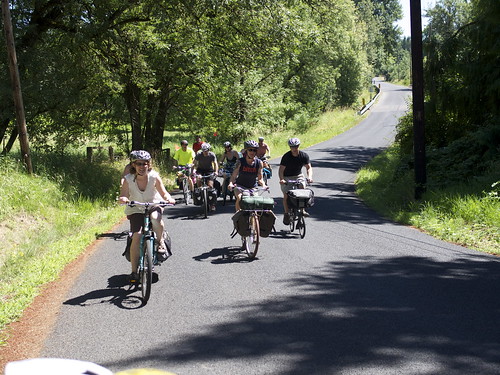 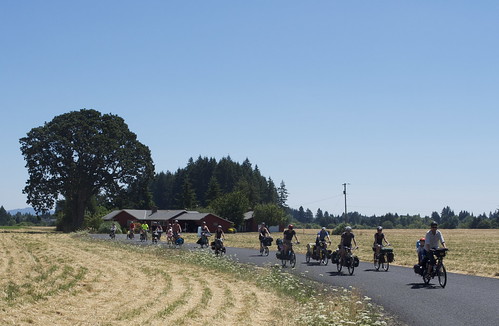 The final 10 miles of the ride were on the Banks-Vernonia trail, which was great. Nice and shady, lined with blackberries in parts. The only downside was that the last five miles up to the park were all uphill. It was a gentle uphill but still pretty tiring. And then once inside the park, there was a short but steep gravel hill up to the hike/bike campsites, up which we had to push our loaded bikes. No fun!

One of the things I appreciated about this year's trip, compared with last year's trip, is that most of the roads we were on had very little traffic. Much more relaxing than last year's ride, and we didn't get yelled at once (well, I got yelled at by a guy on a bike when we were heading home over the Hawthorne Bridge, because I didn't move over for him quickly enough).

I shared a tent with Felix, which has worked well in the past, but he was all wound up this time, and he did every mean thing he could think of to me while I was trying to go to sleep--yelling in my ear, pulling my hair, hitting me. Two-year-olds make lousy tentmates, I guess. 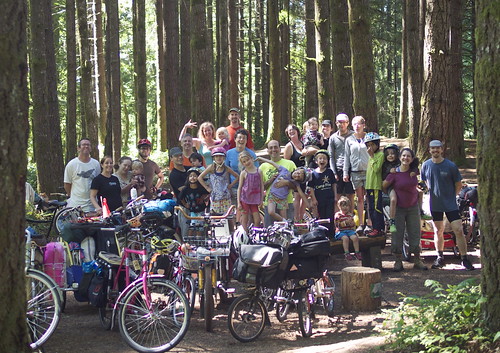 It took me a long time to decide to go on this year's trip--Patrick was going to take both boys whether I went or not, so if I hadn't gone, I would have had 24 hours of alone time, which is precious! But I'm glad I came along. I got to see some beautiful scenery and meet a few new bikey Portland families. 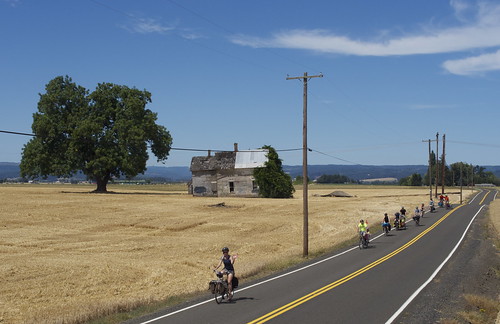